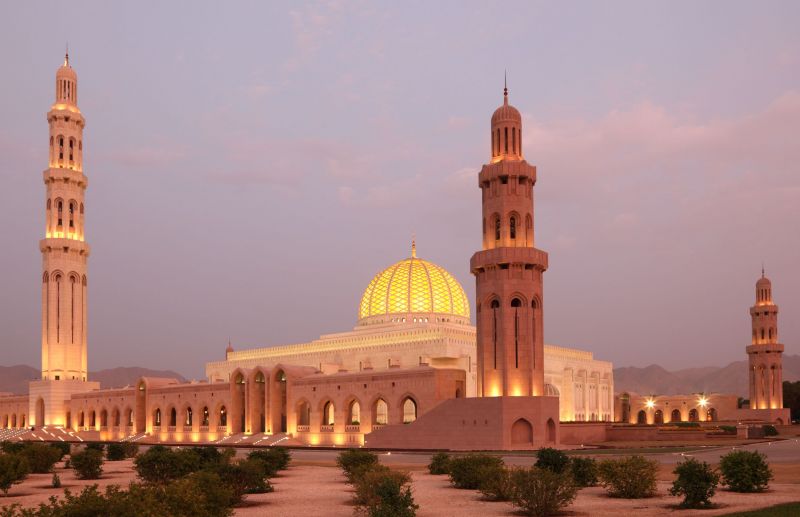 Muscat is the heart of the Sultanate of Oman, which means “place of fall”, because the rocks here abruptly break to the sea, blocking the city from all sides with a natural wall, making it an impregnable fortress.
Muscat is the capital, home to 622 thousand people. Today, Muscat - a large modern city - the administrative district - is one of the eight provinces of Oman. It is divided into 5 districts (vilai): Bolshoi Matrah, Bausher, Sib, Amirat and Kureyat
This city is considered one of the most beautiful on the Arabian Peninsula. There are no hotels and large shopping centers in the historical part of the city, due to which the aura of the ancient eastern city has been preserved here.
The harbor of Matrah (the main area of Muscat) is today the main port of the capital, named after the Sultan Qaboos (Mina Sultan Qaboos). Here, with luck, you can see the yacht of His Majesty Sultan Qaboos "Fulk al-Salaam."
The long semicircular embankment is one of the most picturesque promenades.
Rui is the area where shopping and business centers are located. Here is Rui Hai Street, also known as Suk Rui - the main trading artery of the Greater Muscat, where many shops, shops, restaurants and cafes are sheltered, as well as small eastern markets.
Muscat is a real man-made oasis. Life-giving moisture is obtained from every rain, taken out of the ground, taken from the sea. There are practically no rivers and lakes in Oman, but there are many desalination plants. There is little water, but a lot of greenery.
The main attractions of the city are fragments of the old fortress wall (XVII century), the Portuguese forts of Mirani and Jalali (both of the XVI century, access is limited), Fort Matrah (Makara, XVI century), Fort Beit al-Falaj (1806), the old city gate Bab-Waljat (XVI century), al-Alam palace (1970), the building of the Ministry of Religious Property, the Mejlis al-Shura in Sib and the famous "Omani sphinx" - the rock "Stone Face" (Old Man) in the area Rui. Mosques are scattered throughout the city, among which the colossal mosque of Sultan Qaboos (2001) stands out in the Gubra region (the total area of the complex is more than 46 thousand square meters plus a library and Islamic Institute). But what is especially surprising - in this Islamic country, religious constructions of other religions are carefully preserved - only in Muscat can you see the former Portuguese church of Beit al-Gariz, the Catholic Church of Peter and Paul, the Omani Protestant church in al-Burj Street, as well as Hindu and Buddhist temples.
In the vicinity of the city, it is worth visiting the Beit al-Makham Fort (17th century), the ruins of the Fateh and Sur Jal forts in Bausher, the hot springs in Gala, the Marine Science Center, the aquarium, the yacht club and the marine club in Roda Bay, a public beach and The diving center in Bandar Jissa, the castle and the remains of the fort in al-Khod, the residence of the Sultan Beit al-Barak and the Zulfa mosque in Siba, sur Majid fortress and the huge Nasim park in Rumeis, as well as the fort in Kureyat and much more.