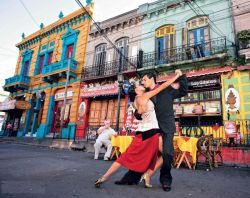 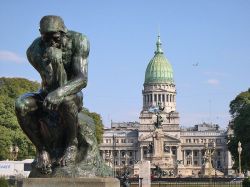 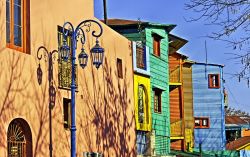 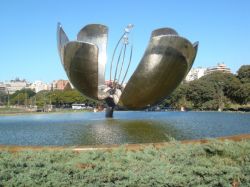 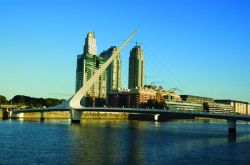 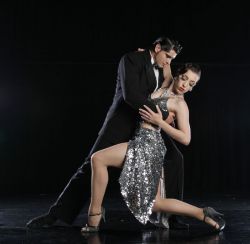 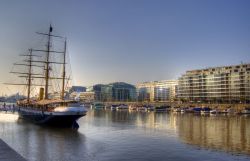 The provinces of Buenos Aires and Cordoba are the central regions of the country. It is an area of rich plains that have been favored by Gaucho, Argentine pastoralists. It is the heart of the country's industry, the kingdom of "las estancias", farms, with ancient houses of the late nineteenth century. Recently, these places have been favored by tourists who want to eat their favorite Argentinean dish, meat roasted over an open fire.
The capital of Argentina, Buenos Aires, founded in 1535 by the Spanish conquistador Pedro Mendoza, is one of the largest cities in the world. Its area is about 4 thousand km2, where more than 40 percent of the total population of the country live.
Buenos Aires is one of the major economic, political and cultural centers of the country. Buenos Aires is a huge modern metropolis whose architecture unites modern skyscrapers and colonial buildings. It is a pretty green city with many boulevards, squares and parks: Park Almirante Braun on the banks of the river Riccielo, Park Tres de Febrero in Rio de la Plata, Park Palermo, the oldest in the city.
Among the major monuments of architecture and art are the churches of San Ignacio (one thousand seven hundred thirty-four) and El Pilar (one thousand seven hundred thirty-two), the town hall (1754), the Colon Theater (1909), the Municipal Theater (1958), the building London and South American Bank (1967). Monuments: H. Columbus in Colon Park (1916), K. Alvear (1923).
The ancient San Telmo Street with its many bars, where tango dances in the evenings and various shows are popular among tourists. On Sundays, an antique market opens on this street.
Tango nights in Buenos Aires are one of the main shows that attract tourists who do not mind learning how to perform this dance. However, you can see a couple dancing tango on the main shopping streets of downtown and near the Plaza Dorrego flea market. This dance has become an integral symbol of Buenos Aires.